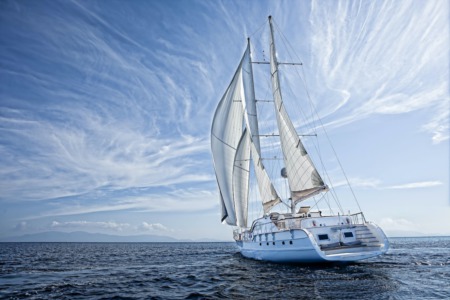 The History of a Baylake Home

Elizabeth and Scott Stahl bought their Beach Home in 2013 and, as many homeowners do in the mature Baylake neighborhoods, they immediately began improvements. The home had been on and off the market for five years, constrained by a dated compartmental style, and had finally come down to a price they found attractive. They both had a vision for updates and a strong work ethic going for them, which allowed their family to enjoy the spacious and beautiful home for the past five years. Military orders have called them to move away now, and their efforts paid off--the home was under contract within 5 days of being listed at $700,000!

Prior to the Stahl’s ownership, the home reaches back a few decades to the custom design ideas of Stephanie and Ezio DeBerladino. They bought the lot in 1977, when Baylake Beach was being developed. Stephanie said she wanted an overly large kitchen, which was very unique then but is featured in every new construction home today and is what every contractor hears today: “I need a bigger kitchen!” The kitchen at this home not only has a center island, a peninsula, endless cabinets and counters, but an eat-in kitchen with a bay window and a door to the back deck. The DiBerladinos chose a Center-Hall home design for its traditional roots to this area.

This style of home is also known as a Williamsburg or Tidewater-type Cottage and it was conceived in colonial times. It’s ancestor was the modest hall and parlor house (“Virginia style”), where the hall was the primary center of activity and the parlor was a more private room usually used for sleeping. This two room configuration evolved into adding a center passage with a
stairwell.

The style is significant in the Baylake community because the neighborhood is also the site of the English settlement known as Henrytown (a supply artery along the Bay west of Cape Henry) founded in the early 1600s. As the settlers there became more financially secure, their homes became larger. The single pile (one room deep) design quickly gave way to a double pile (two rooms deep) home, eventually employing the double square formula--twice as long as it is high--by the 18th century. Dormers also became a common feature. Other style elements included large bookend chimneys with rectangular caps, arches over door and window openings, and brick water tables that deflect water.

In the Stahl home, the steep pitch of the roof provided a great opportunity to finish the space into a third floor recreation room with a balcony that overlooks the Chesapeake Bay! The gable ends of the home are flanked by brick chimneys, with the modern addition of a two car garage, a bay window overlooking the backyard oasis, a firepit and waterfall, and a deck for enjoying year ‘round cook-outs. The most recent updates to bring into favor with the 21st century homeowner was the opening of the living room and den to make one large Great Room. The Stahls also opened up the wall on the kitchen to create a peninsula. They can enjoy a game of shuffleboard or the latest Netflix show while simultaneously keeping tabs on the food that’s cooking and the kids playing in the pool! It’s the perfect home design for today’s multi-tasking families! And many families wouldn’t consider themselves complete without their fur-friends. The stairwell to the room over the garage is home to a built-in pet crate, complete with insulation and all of the good smells from the kitchen!

When the DiBerladino’s built the home, a tennis court was added. The home was later purchased by the Montagna family, and the tennis court gave way to a large pool. Pools are a highly desired feature of homes today, and this large of a pool is hard to find so close to the beach.  The only larger pool I have found along the bayfront is the former YMCA pool...which is a story for another day! For now, the Stahls have sold the home to a new family, who we know will make their own unique and modern revisions to this dynamic family home!